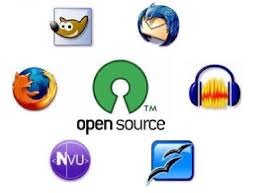 Open source is not very famous among general computer users. But now it has started installed in many devices. ranging from notebooks to cell phones. Open source is always carrying the openness, maybe it was the one who makes a lot of profit oriented companies that are not too interested in open source. For the users still have the assumption is difficult when using it. They still think that to operate the open source they should be proficient in programming. But really now is not the case. Open source applications is end user friendly. Anyone can learn. Difficulties remain. But let us resolve together.