My sister bought tablet android acer iconia a500 a few months ago. And she had a difficulty using a huawei e220 in her tablet. So we were looking for a guidance in the net and found one in http://forum.joelaptop.com/viewtopic.php?f=18&t=157.
So I helped her and followed all the instruction in joelaptop.com 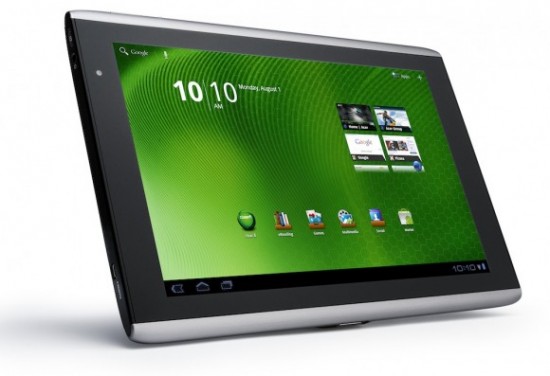 Except for disabling zerocd that did’nt work for me since I don’t have hyper terminal in my windows. But overall the process after that it work.
I downloaded the 3-gdial.rar in joelaptop and put it in the tablet. I also put the file in here.
I didn’t understand which kernel that the tablet use so I randomly choose the module driver and put it in /sdcard and 3g command (ppp-start.sh,ppp-stop.sh) in /system/xbin/ through the terminal command. I chose modules – 2.6.39.3-00001-g12f9a52. And add the module into the tablet by doing
$modprobe modules – 2.6.39.3-00001-g12f9a52/*.ko
The command is similar to linux command, since android is one of the open sources software.
But to remember, choose on of the desktop that can running root privilege.
How to root in acer is in here http://www.androidauthority.com/how-to-root-acer-iconia-tab-a500-23127/

Next, create folder peers in /etc/ppp
Like joelaptop.com said we need to change the mount type into rewrite if the sdcard refuse to copy into.
$mount
There will be the list of the mounting option
$mount -o remount,rw /dev/block/(suit it to your device)
Copy 3g file from 3g-dial.rar to /etc/ppp/peers
Edit 3g
Change if necessary, especially the line
connect ‘chat “” AT OK ATD*99***1# CONNECT’
Sometime the dial number will be different in every operator.
Change *99***1# to something else suit to the operator you use.
Still in root privilege and in terminal, type
$ppp-start.sh for starting the connection and ppp-stop to stop it.
I can’t make a short cut (not yet) to this command and put it in the desktop, i can’t figure it why. So every time I need to connect I should use root privilege and using terminal.
It is quite annoying.
And another weakness is when the tabloid going stand by for a second because I didn’t do anything, the connection is disconnected. I should close the terminal and re-open again. Or restart the tabloid.